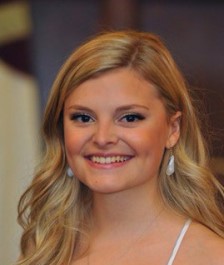 Sense of Community: What Uganda Gave Me My dad is from California and my mom is Portuguese born in Mozambique. My mom’s stories always piqued my curiosity about the continent of Africa, a curiosity that continued to grow through high school as I frequently attended the WCHN global health evening sessions. In the summer of 2015, I had the opportunity to go to Uganda for two weeks during which I shadowed doctors and nurses, visited an orphanage, and went to ACCESS in Nakaseke where I learned about the activities of this amazing organization and community.

I was particularly moved by the work ACCESS does with children and orphans. During one of our home visits, an elderly woman sang a beautiful and haunting song. I didn’t understand the words, but the emotions I felt were powerful. I felt fully present that day. There existed a feeling of community, a connectedness with one another in the villages we visited that is difficult to describe. In the U.S., we do not often see communities in which everyone treats one another with dignity and respect. I felt that I was witness to something important. I left ACCESS feeling like I had to be a part of that community in a permanent way. I started brainstorming about what I could offer that could have a lasting impact. After speaking with Dr. Robert and Estherloy, President and Founders of ACCESS, we came up with the idea of a preschool program, as that was something the community needed that I could work on remotely. We created a curriculum and opened a preschool program that started during my junior year of high school.

To help illustrate why Nakaseke made such an impression about me, let me tell you about my return to Uganda in July 2018. The morning we drove to visit the school during my next visit in 2018, we stopped at a street shop in Kampala to purchase candy for the children. The shop was small, packed with odd foods and nicknacks and one cashier crammed into the corner because space was so tight. The street was loud and bustling with people and cars, equally packed in, and I was with my sister and her friend. I stepped onto the street with feelings both familiar and strange. Shops and streets in the midst of people hustling about, just like midtown Manhattan. It was in the midst of this familiarity that I felt strange. Here I was with my sister and her friend, three American girls so out of place in a sea of people as to cause them to stop in their tracks to stare at us. How could something seemingly so familiar feel so strange? When I visit Boston or New York City, I feel like a stranger among strangers, and somehow that feels comfortable because no one cares. But in Kampala, I feel like a stranger among friends and neighbors, and it makes me feel alone – like a real stranger – while also feeling envious of a sense of community that doesn’t exist in any city in the US, not even my home Newtown. It is this irony of feeling like a stranger among friends in Uganda but a friend among strangers in the US that is so alienating.

Later, I arrived at ACCESS expecting that we would visit the school program and greet the children with the treats. Instead, they came running to greet us in their bright, electric colored polo shirts chanting “Welcome to ACCESS Preschool.” Their warmth, giggles, and bright eyes filled me with so much love that I burst into tears. We were then greeted by many other people, some familiar like Dr. Robert and Estherloy, and some new. Embracing them felt like coming home. We picked up exactly where we left off when I was 16.

There is something about the way Ugandans greet you that makes you feel immediately welcomed and cared for. They extend both their hands to shake yours, then hold your hand in theirs in a warm embrace while talking to you. They focus their eyes and attention on you as if you are the only person on the planet. It makes you feel safe and connected like the bond is as strong as a family. Never have I been greeted with such strong feelings. It is disarming.

The children continued running around us giggling, tugging on my dress and requesting my attention. Two grabbed my hands, one on either side and walked me with Dr. Robert to a Welcome Brunch. As we went around the large table introducing ourselves, I was struck by the passion and dedication with which community members help the preschool to run. Afterward, we walked to a tent set up with tiny brightly colored chairs where the children put on a show, full of life and infectious laughter. The end performance was a dance similar to the conga line dance where the little ones lined up and danced their way around. Eventually, everyone joined in, including Dr. Robert. It was a moment I wish I could have frozen in time. I spoke with parents about their day-to-day lives, their families, and their friends. They shared the impact the school has had, and the aspirations they have for their children. The stories they shared were intimate and moving with the familiarity of a friend.

Let me end by talking about Susan, as she perfectly represents what Uganda means to me. By my side throughout most of my days in Uganda, she refers to me as her daughter and herself as my African Mama. I am blessed to have another mother across the world. She plans our days precisely but is there to make it work when I want to go off the schedule. She is tough in the best way possible, even saying no to me, like, “No Grace, you cannot stick your head outside the van in the middle of Kampala with the streets filled like this!” Susan does this purely from her heart, her love of people, and her love of her home. And her home is not just her house, and not just country, but the entire global health-contingent who call upon her when visiting.

I decided to create my own individualized major in global health at UConn. One of the first papers I wrote on the subject was an attempt to understand why the US has undergone a reversal in life expectancy for the first time in its history when compared to other Global North nations. A group of Princeton economists noted that the reversal is largely due to three factors: opiate overdoses, cirrhosis of the liver, and suicide. They coined the term “deaths of despair” to describe this triad. As rich as we are in material goods, we are very poor in the community. Uganda, on the other hand, is rich in this most important commodity that comes freely. And a sense of community is what Uganda has given me.